Can you have period without ovulating? A normal ovulatory menstruation cycle a woman ovulates every cycle. After ovulation, the level of estrogen drops then raise again in the second part of period. At the same time progesterone raise and keep at a high level. Two weeks later, both hormones retreat and menstruation start. Usually after ovulation you will have period in two weeks unless pregnant.

However, can you have still period without ovulating?

Generally speaking, anovulatory menstruation is caused by hypothalamic hypoplasia, or delayed development, imperfect regulation between the hypothalamus, pituitary gland and ovarian axis, decreased ovarian reserve, hormonal disorders, or long-term emotional stress and fatigue. Those can all can cause abnormal uterine bleeding.

Symptoms of anovulatory menstruation are abnormal bleeding, variable amount, prolonged cycle or repeated irregular vaginal bleeding. Some people’s period seem to have certain time pattern and thinks that they have normal menstruation period. However no evidence of ovulation can be found through ultrasound or basal body temperature.

Typical anovulatory dysfunctional uterine bleeding may have several months of amenorrhea before menstruation, followed by heavy vaginal bleeding, which often changes to vaginal bleeding after a few days. The bleeding can last for a few days or for a couple of weeks. It may even cause anaemia.

To confirm the diagnosis of anovulatory menstruation, the diagnosis can be confirmed by color Doppler ultrasound or blood test for endocrine examination. You can do a ultrasound during ovulation to see if there is follicle development and mature follicle rupture. You can also have blood test to see if estrogen, luteinizing hormone, and progesterone have risen to determine whether it is anovulatory menstruation.

If the cycle length and flows are normal, the menstruation bleeding come and end in time, and it is usually ovulatory menstruation.

An estimated 15% of couples in the world suffer from infertility. According to a survey in 2013 by the National Institute of Health and Clinical Optimization (NICE) in the United Kingdom, male factors have become the main reason for infertile couples to use assisted reproductive therapy (ART).

Although studies have shown that semen quality and ART outcome are correlated, until now, we have not found a conventional semen threshold that can predict the success of ART.

Recent studies have shown that sperm DNA fragmentation (SDF), including sperm DNA single-strand breaks and double-strand breaks, are all related to male infertility factors, which can adversely affect the male reproductive system and increase the risk of genetic diseases in offspring .

Sperm chromatin diffusion test was used to evaluate the SDF of semen specimens.

Summarised and analysed the outcome indicators such as embryo implantation rate, pregnancy rate and abortion rate.

The study found that: for young patients (36 years old) and patients between 37-40 years old, whether SDF <30% or SDF ≥ 30%, the laboratory and clinical results of the ICSI cycle were not significantly different.

The results of the study showed that, Older oocytes, when injected with sperm derived from samples with high SDF (Sperm DNA Fragmentation) index, develop into embryos of poor quality that lead consequently to lower implantation and pregnancy rates and higher miscarriage rates, in intracytoplasmic sperm injection cycles from women with advanced maternal age.

The results of this study are of great significance to clinical work. Women’s age cannot be changed, but male SDF can be improved through diet, environment, lifestyle changes, antioxidant and other therapies. This study may provide new ideas for improving the ART pregnancy rate of elderly couples and reducing the abortion rate. 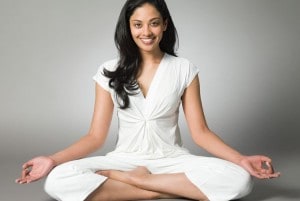 Eat a no sugar and no gluten diet

Be mindful of too many vitamins, supplements, medications and even caffeine that all need to be processed by the liver, where possible space them out through the day.

Some Chinese herbal medicine /formula may help assist in balance your hormone. You may contact us for details.

Increasing beta carotene in your diet, as found in:

Some Chinese herbal medicine /formula may help assist in balance your hormone. Contact us for details.