List are a few researches of acupuncture Chinese herbal medicine for endometriosis. Note: AHPRA does not accept those evidence.

Effects of acupuncture for the treatment of endometriosis-related pain: A systematic review and meta-analysis – 2017

Acupuncture can alleviate the pain of dysmenorrhoea and reduce peripheral blood CA-125. As a result, the therapy could be applied as a complementary treatment for endometriosis-related pain.

However, few randomised, blinded clinical trials have addressed the efficacy of acupuncture in treating endometriosis-related pain. Nonetheless, the current literature consistently finds that acupuncture yields better reductions in pain and serum CA-125 levels than do control treatments, regardless of the control intervention used.

Two Chinese RCTs involving 158 women were included in this review. Although both these trials described adequate methodology they were of limited quality. Neither trial compared CHM with placebo treatment. There was no evidence of a significant difference in rates of symptomatic relief between CHM and gestrinone administered subsequent to laparoscopic surgery (RR 1.04, 95% CI 0.91 to 1.18). There was no significant difference between the CHM and gestrinone groups with regard to the total pregnancy rate (69.6% versus 59.1%; RR 1.18, 95% CI 0.87 to 1.59, one RCT).
CHM administered orally and then in conjunction with a herbal enema resulted in a greater proportion of women obtaining symptomatic relief than with danazol (RR 5.06, 95% CI 1.28 to 20.05; RR 5.63, 95% CI 1.47 to 21.54, respectively). Oral plus enema administration of CHM resulted in a greater reduction in average dysmenorrhoea pain scores than did danazol (mean difference (MD) -2.90, 95%
CI -4.55 to -1.25). For lumbosacral pain, rectal discomfort, or vaginal nodules tenderness, there was no significant difference between CHM and danazol.
Overall, 100% of women in both studies showed some improvement in their symptoms. Women taking CHM had fewer side effects than those taking either gestrinone or danazol.

Post-surgical administration of CHM may have comparable benefits to gestrinone. Oral CHM may have a better overall treatment effect than danazol and it may be more effective in relieving dysmenorrhoea when used in conjunction with a CHM enema. CHM appears to have fewer side effects than either gestrinone or danazol. However, more rigorous research is required to accurately assess the potential role of CHM in treating endometriosis.

Chinese herbs for endometriosis
Endometriosis is a common gynaecological condition causing menstrual and pelvic pain. Treatment involves surgery and hormonal drugs, with potentially unpleasant side effects and high rates of reoccurrence of endometriosis. The two small studies in this review suggest that Chinese herbal medicine (CHM) may be as effective as gestrinone and may be more effective than danazol in relieving
endometriosis-related pain, with fewer side effects than experienced with conventional treatment. However, the two trials included in this review were small and of limited quality so these findings must be interpreted cautiously. Better quality randomised controlled trials are needed to investigate apossible role for CHM in the treatment of endometriosis.

Acupuncture for pain in endometriosis (Review 2011)

Twenty-four studies were identified that involved acupuncture for endometriosis; however only one trial, enrolling 67 participants, met all the inclusion criteria. The single included trial defined pain scores and cure rates according to the Guideline for Clinical Research on New Chinese Medicine. Dysmenorrhoea scores were lower in the acupuncture group (mean difference -4.81 points, 95% confidence interval -6.25 to -3.37, P < 0.00001) using the 15-point Guideline for Clinical Research on New Chinese Medicine for Treatment of Pelvic Endometriosis scale. The total effective rate (’cured’, ’significantly effective’ or ’effective’) for auricular acupuncture and Chinese herbal medicine was 91.9% and 60%, respectively (risk ratio 3.04, 95% confidence interval 1.65 to 5.62, P = 0.0004).
The improvement rate did not differ significantly between auricular acupuncture and Chinese herbal medicine for cases of mild to moderate dysmenorrhoea, whereas auricular acupuncture did significantly reduce pain in cases of severe dysmenorrhoea. Data were not available for secondary outcomes measures.

The evidence to support the effectiveness of acupuncture for pain in endometriosis is limited, based on the results of only a single study that was included in this review. This review highlights the necessity for developing future studies that are well-designed, double-blinded, randomised controlled trials that assess various types of acupuncture in comparison to conventional therapies.
P L A I N L A N G U A G E S U M M A R Y
Acupuncture for pain in endometriosis
Endometriosis is a gynaecological disease that causes chronic pelvic pain, most notably painful menstruation, as the most common complaint. Acupuncture is frequently used to treat both pain and various gynaecological conditions. This review examined the effectiveness of acupuncture for reducing pain in endometriosis; however only one study met our inclusion criteria.
The data from the included study, involving 67 women, indicated that ear acupuncture is more effective compared to Chinese herbal medicine for reducing menstrual pain. The study did not report whether participants suffered any side effects from their treatments. Lager, well-designed studies comparing acupuncture with conventional therapies are necessary to confirm these results.

The efficacy and safety of acupuncture in women with primary dysmenorrhea

A systematic review and meta-analysis

This systematic review aimed to evaluate the current evidence regarding the efficacy and safety of acupuncture on primary dysmenorrhea.

Ten electronic databases were searched for relevant articles published before December 2017. This study included randomized controlled trials (RCTs) of women with primary dysmenorrhea; these RCTs compared acupuncture to no treatment, placebo, or medications, and measured menstrual pain intensity and its associated symptoms. Three independent reviewers participated in data extraction and assessment. The risk of bias in each article was assessed, and a meta-analysis was conducted according to the types of acupuncture. The results were expressed as mean difference (MD) or standardized mean difference (SMD) with 95% confidence intervals (CIs).

The results of this study suggest that acupuncture might reduce menstrual pain and associated symptoms more effectively compared to no treatment or NSAIDs, and the efficacy could be maintained during a short-term follow-up period. Despite limitations due to the low quality and methodological restrictions of the included studies, acupuncture might be used as an effective and safe treatment for females with primary dysmenorrhea.

Armour, M. (2015). The effectiveness of acupuncture in the treatment of primary dysmenorrhea : a mixed methods study.

Mike Armour, etl July 12 2017. The role of treatment timing and mode of stimulation in the treatment of primary dysmenorrhea with acupuncture: An exploratory randomised controlled trial.

Due to the large volume of low-quality studies, this Cochrane review found there is insufficient evidence to demonstrate whether or not acupuncture or acupressure are effective in treating primary dysmenorrhoea,

A systematic review on acupuncture for trigeminal neuralgia

Trigeminal neuralgia (TN) is a commonly seen pain condition with limited treatments available, and acupuncture is widely used for pain conditions, including TN.

To review the efficacy of acupuncture treatment for TN.

English and Chinese databases were searched extensively to identify randomized controlled studies of acupuncture treatment for TN. Selected studies were assessed for methodological quality. Odds ratios (OR) between treatment and control groups were used to assess efficacy.

Twelve studies met the inclusion criteria with 506 people in the acupuncture arm and 414 people in the control arm, in which carbamazepine (CBZ) was used as the control treatment. They were all low-quality studies, hence precluding meta-analysis. Only four trials reported that acupuncture was superior to CBZ, and the remaining eight studies showed no difference between the treatment and control groups. Adverse effects of acupuncture, which were reported in three studies, were mild.

The evidence reviewed previously suggests that acupuncture is of similar efficacy as CBZ but with fewer adverse effects in treatment of TN. However, the evidence is weak because of low methodological quality of the reviewed studies. Further studies with improved methodologies are recommended to support the use of acupuncture for TN. 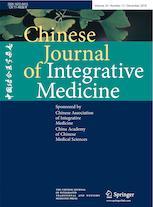 To evaluate the treatment effect of acupuncture on patients with idiopathic trigeminal neuralgia (ITN) by case-control longitudinal blinded study.

Acupuncture can be an option in the treatment of ITN due to its analgesic effect in both ITN and secondary myofascial pain associated with it.