Help remove stagnation and toxins on the surface

What is cupping therapy?

Cupping therapy is a vacuum created through a cup that is applied on the body surface to help remove stagnation and toxins, to promote free flow and Qi and blood, diminish swelling and pain.

Cupping therapy is mainly performed on one’s back because there are five meridians on the surface of your body.

Another healing aspect of cupping therapy is through the release of toxins in your body. The suction from the cups can penetrate deep into your tissues causing the tissues to release harmful toxins. It triggers the lymphatic system, clears the blood vessels, stretches and activates the skin.

Cupping has been used as a therapeutic approach over 5000 years in China. Originally cattle horns are used for such a treatment, therefore Cupping therapy was also called “Horn Therapy”. People use cupping to reduce all sort of pains, relieve some symptoms of cold flu and cough. Cupping therapy also were used to suck blood and pus out for boils, or poison snake bite.

Cupping had been used to relieve symptoms of many diseases in other part of the world a few thousand years ago as well. In 1550 BC, people in Egypt were using cupping for bleeding or other diseases as well as preserve health. In Greece, there are still some people use cupping to treat cold and flu related symptoms (with blood letting afterwards to get toxins out from the body). 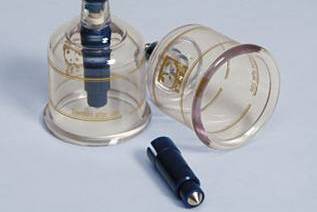 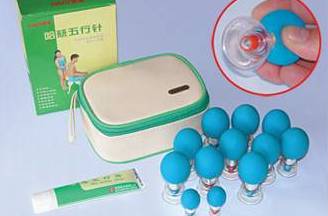 There are two types of cupping therapy:

How does cupping therapy work?

Where there’s stagnation, there will be pain ~ Plain Question

Remove the stagnation, and you remove the pain.

Cupping therapy works by reducing the pain we feel in our bodies.

When have cupping treatment, it feels more like a constant massage on your body.

In alternative medicine, pain is believed to be caused by problems relating to your Qi flow. This can be related to stress in the body, imbalances of hormones and fluids, lack of blood flow, and temperature in the muscles and joints. When a suction cup is place on a problem area, the vacuum pull of the cup creates warmth and circulation in the area. Very soon, you will feel that the pain is reduced.

In Chinese medicine, all the organs are connected together. If you have a problem with one organ, it can affect the health of other parts of your body.  The use of cupping therapy has many benefits. It often be applied as an adjunct treatment  with acupuncture.

Have question? Want to make an appointment? Let us know now!